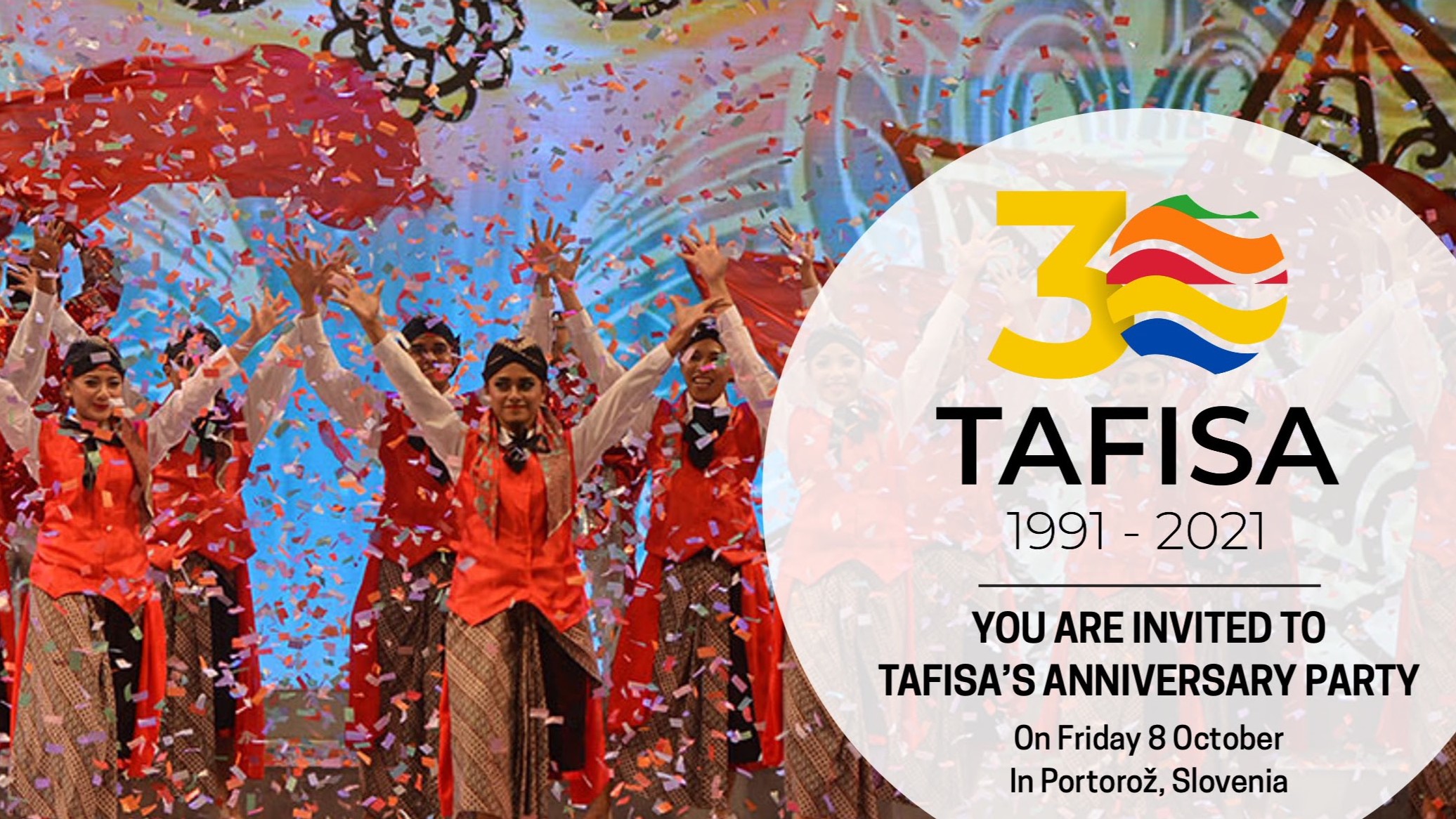 2021 marks a landmark year for TAFISA as it celebrates its 30th Anniversary!

In 1969, the inaugural “Trim and Fitness” conference was held in Oslo, Norway, with representatives from eight European countries. These conferences, which went on to be organised every two years and developed into an unofficial steering platform for the Global Sport for All Movement, constituted the foundation of TAFISA.

In 1991, representatives from 40 countries officially founded TAFISA in Bordeaux, France. Now in 2021, TAFISA counts 373 members from 160 countries, with both figures continuing to rise.

IFMA’s introduction into TAFISA was in 2008, when it was included into the official sport programme of the TreX-Games, later known as the TAFISA World Sport For All Games.

The IFMA Secretary General travelled to Busan in April 2008 for an inspection visit of the venues and hotels in Busan, and a meeting with Mr. Wan-shik Hong, the Secretary General for TAFISA World Sports for All Games, to discuss the cultural aspects of the games.

During that visit, a special meeting was held with the President of the Korean Muaythai Association, Mr. Yeo Kyu Tae, who became an IFMA Honourary Life President in 2019. Mr Yeo has since IFMA’s inception worked tirelessly for the promotion of the sport of Muaythai in Korea. Through his passion and commitment, Muaythai became one of the main sports in the 2008 World Sports for All Games and the event was honoured to be held at the beautiful Asiad Main Stadium.

Thriving Amidst Adversity IFMA Honours Pioneer of Muaythai in Iran

A special welcome reception was done by the governor of Vinh Phuc province, Mr. Le Duy Thanh, to welcome the IFMA Honorary President Dr. Sakchye Tapsuwan and IFMA Secretary General Mr. Stephan Fox. The Governor thanked IFMA, on behalf of the Vietnamese Government, for the outstanding Muay (Muaythai) competition which is one of the highlights […]

Day 4 of the 31st SEA Games semi-finals saw heart and soul and sweat and tears from the South East Asian athletes as they gave it their all to secure their places in the finals. Huge wins came from the Home Team leaving a stadium packed full of fans off their seats with pure anticipation and […]

There is a reason why muaythai, at all major events will be one of the sports closing the event as it guarantees excitement, spectacle and a full house. The quarter finals of the muay competition of the 31st SEA Games saw a full house, cultural and sporting exchange with many VIPs and many athletes from other […]